An Unprecedented Webinar on Uncertain Terrain 29th May 2020 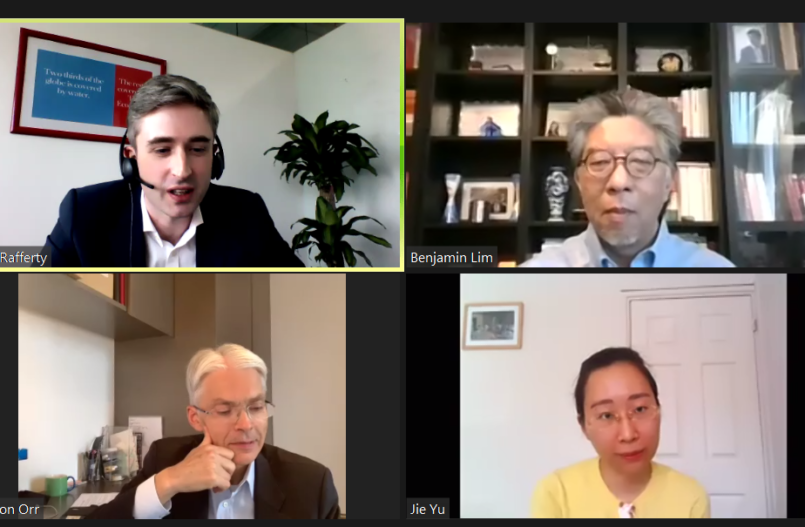 BritCham China’s signature ‘China Now’event moved online yesterday, with over 100 participants from all over the world logging in to hear the insights of top China experts on the Two Sessions.

Westchel chair Gordon Orr, Chatham House Senior Research Fellow Yu Jie, China politics guru Benjamin Lim from the Straits Times and The Economist Intelligence Unit Regional Director for Asia Tom Rafferty joined us to discuss the outcomes and implications of China’s biggest political event of the year. The conversation ranged from the dropping of GDP growth targets this year and what’s next on the government’s agenda to China’s foreign policy priorities and the state of the China debate in the UK.

On the prospects for domestic recovery, they highlighted that the Chinese government has much better economic data now than it did during the SARS outbreak or the Global Financial Crisis. Restaurants seem to have recovered to January levels and hotel occupancy rates are slowly rising. Still at risk is the export sector, where up to 10 million jobs are on the line. This will be of significant concern to policymakers as employment levels, along with price stability and other metrics, will be their primary indicators for the health of the economy in place of a GDP growth target for 2020.

Wolf warrior diplomacy “has hijacked rational foreign policy”, but most of these diplomats are playing to domestic audiences, not foreign ones, and China’s 2020 foreign policy playbook can’t be characterised as revisionist. Nevertheless, prospects for an amicable US-China relationship are dim. Trump and Biden are both taking hawkish stances on the China issue, and mid-size powers like the UK will need diplomatic finesse to balance this relationship. On the issue of Huawei and rising concerns over Chinese outbound investment, they believe the UK must develop an effective mechanism to evaluate what investment they do and don’t want from China.

For more on the outcomes of this year’s Government Work Report for British businesses, read our latest Policy Insights. To join our next signature event, the launch of our Position Paper 2020 on 9th June, register here.