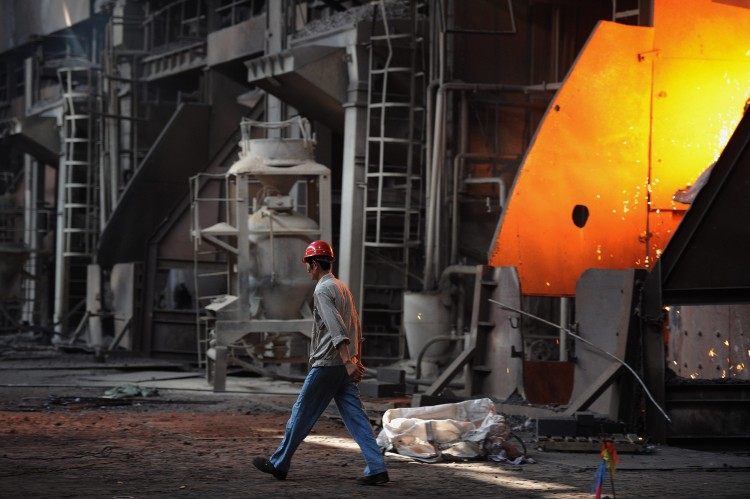 China’s economy expanded by 3.2% year-on-year in the second quarter, according to official data released Thursday morning, on the back of a historic contraction in the first three months of the year as the country battled with the economic impact of COVID-19. The growth rate beat many analysts’ expectations. A poll of economists conducted by Reuters forecast GDP to grow by 2.5%, while a similar poll by Caixin predicted a growth rate of 2.9%.

However, beyond the headline figure, additional monthly data points to a more mixed outlook for China’s recovery. Industrial output, which measures production at factories, mines and utilities, grew by 4.8% in June year-on-year, up from 4.4% in May. Local governments have increasingly turned to large infrastructure projects to boost growth. During the Two Sessions in May the central authorities increased in the quota for local government bonds which can be used for such projects to RMB 3.73 trillion. As investment in infrastructure projects has risen, so too has China’s steel production which , China produced 62% of the world’s steel in May, significantly higher than its 54% share the previous year, as the government sought to maintain production as a way to stimulate growth.

On the consumer side however, the picture is less promising. Retail sales fell 1.8% in June, the fifth straight month of declining sales, although up slightly from 4.4% in May. Local governments have sought to stimulate spending and support local businesses by issuing over RMB 19 million in digital consumption vouchers. It is doubtful, however, how effective these measures will be at boosting consumption until employment and income stabilise. According to a UBS survey of Chinese consumers in May, nearly two thirds reported income declines and 62% had decreased their consumption over the past three months.

As the underlying date shows then, the government has found it far easier to stimulate the industrial supply-side of the economy than to increase consumer demand. This has given rise to what is described as a two-track recovery, with factories operate at or near full capacity while consumer sentiment remains depressed.

“China’s economy has returned to annual growth impressively quickly given the shock in the first quarter of the year,” said Tom Rafferty, Regional Director, Asia at The Economist Intelligence Unit (The EIU). “The main risks to the outlook remain the impact of second or third coronavirus waves, either on domestic or external demand. There are also clear signs in the industrial sector of production having raced ahead of demand, which could cause some cooling in activity in the coming months.”

Nonetheless, there are signs of optimism on the horizon. Domestic households have accumulated a significant amount of savings in response to the grim economic situation. Data from the People’s Bank of China revealed total household deposits have risen by RMB 14.5 trillion this year, which could potentially unleash a wave of spending once consumers regain confidence again, further enhancing China’s recovery.

The EIU now expects growth to creep back above 5% by the fourth quarter as consumption gathers more momentum. Encouraging consumers to increase their spending will be high on the government’s agenda over the coming months, which should help to alleviate the current imbalances behind China’s economic growth. As the rest of the world continues to combat the spread of the virus, China’s remarkable economic rebound will ensure it remains a significant driver of global growth for the time being.