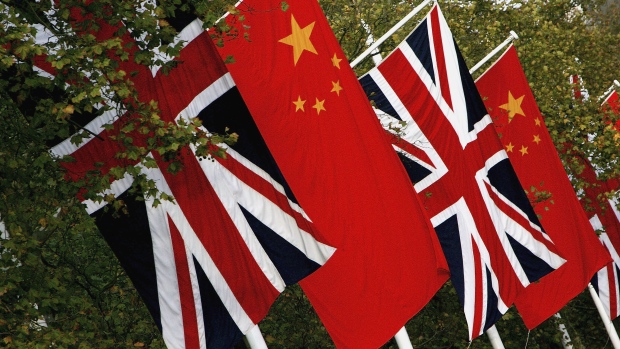 The British chambers of commerce in China recently submitted evidence to the Integrated Review of Security, Defence, Development and Foreign Policy (the Integrated Review) which will define the Government’s vision for the UK’s role in the world over the next decade. Its goal is to set the long-term strategic aims of our international policy and national security, rooted in our national interests, so that our activity overseas delivers for the British people.

With China’s size and economic clout, a clearly defined strategy from the UK government with regards to China will be essential in the coming years. In light of the UK’s departure from the European Union and at a time when the global landscape is changing rapidly , the views of British companies on the ground in China will be critical to informing the UK’s strategy towards China moving forward. The response from the British chambers focused on the challenges and opportunities for businesses operating in China, some of the wider geopolitical risks, how the UK can enhance its soft power in China and an assessment of the UK’s overall strategy to dealing with China over the past five years.

The following is a short summary of the key points the British chambers highlighted in our submission.

The opportunities presented by the expanding presence of British businesses in China remain significant, as the country’s economy continues to benefit from its post-COVID-19 recovery, market reforms and technological innovation. However, the current trend towards decoupling, particularly in the technology space, and the broader deterioration in US-China relations presents a long-term challenge that the UK must navigate in its dealings with both countries. Closer alignment with our partners across Europe and Asia would help to mitigate against the risk of being drawn into choosing a side. Through regular consultation with British businesses across the world, the UK can better define its own interests and priorities to help navigate the current geopolitical environment.

Navigating geopolitical tensions has been a significant challenge for the UK in the past few months, and this challenge is especially acute for large British companies with a deep presence in China, which accounts for a sizable share of their global revenues. Despite geopolitical tensions, British businesses remain committed to the Chinese market. The size and growth of the Chinese economy means that to be a global player in any industry, businesses must have an active presence in China. Several industries are already heavily dependent on China for revenue growth, and this trend is likely to accelerate in the short-term as the country has returned to normalcy while other major economies continue to struggle containing the COVID-19 outbreak. The initial COVID-19 outbreak in China similarly highlighted the dependency on China for many businesses’ global supply chains. However, the ability of the Chinese authorities to contain the virus provided assurances to foreign companies that their supply chains in China will be less vulnerable to external shocks going forward.

In promoting the UK’s soft power, British businesses believe that the overall strategy and messaging behind Brand Britain must be reconsidered as a soft power tool. Currently, Brand Britain carries the perception that businesses are only focused on making as much money as possible by tying products and services to an image of luxury and heritage. A more effective way to present Brand Britain would be through a more integrated and value-oriented strategy, incorporating broader principles associated with the UK such as rule of law and quality education that appeal to a more diverse audience.

Moving forward after Brexit, the UK government needs to develop a long-term strategy for UK-China relations to underpin its vision of Global Britain. Until recently, China does not appear to have been high on the government’s list of priorities, despite the size of the market and the buying power of the Chinese middle-class. With other European countries looking to strengthen their commercial ties with China, the UK government should deepen its dialogue with the Chinese authorities which would mitigate any uncertainties from political disputes and thereby facilitate British companies to make long-term investment plans in and with China.

The UK government has already begun negotiations around free trade agreements with likeminded countries. On the basis of our existing trade volume with China, laying the groundwork for negotiating a UK-China free trade agreement should be encouraged. However, given the size and vitality of China to the global economy, the UK will naturally be the junior partner in trade negotiations with China. The government must therefore consult with businesses and industry organisations, such as the British chambers, and clearly define its own priorities before going into negotiations.

China will be a significant focus of the UK’s international policy in the coming decade, not least around trade and investment. Greater engagement will allow the UK government to engage China in a constructive and robust manner. This will help both sides to better manage areas where tensions arise and better serve the full range of UK interests in China.