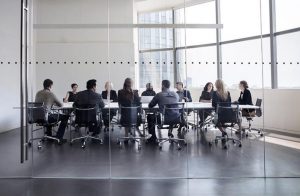 The Executive Committee of the British Chamber of Commerce has two vacancies for “at-large” committee members after two of the committee recently stepped down following moves into new jobs. The Chamber will hold a by-election to choose two new committee members who will serve until June, when new elections will be held for the 2017/18 committee at our Annual General Meeting.
The nominated voting person* from any BritCham/CBBC member company may stand for election. There are no restrictions based on nationality. Individual members are not eligible to stand.
Applications must be received by Sunday 15 January 2017. The candidates will be announced to the membership on Monday 16 January and members will be asked to vote by Sunday 22 January. The successful candidates will be announced on Monday 23 January, and welcomed in person at the Chamber’s regular Drinks at The Bell social evening at the British Embassy on Monday 23rd.
The Chamber is a member-led organisation and the Executive Committee (Exco)’s role is to define strategy, set goals and review activity to ensure the Chamber meets members’ needs. The committee operates in Beijing and candidates should be resident in the city and able to commit to attending its monthly meeting there. Exco consists of ten elected members representing a cross-section of UK businesses in China and “ex officio” members from our partner organisations, CBBC, UKTI, the CBI and the British Council. The current committee members can be seen here.
Eligibility and requirements
*The Chamber operates on corporate membership and each member company has one nominated voting person who also acts as our main contact point for that company. Only these nominated persons may stand for election, but we are happy to change this person with the agreement of the current named individual for any company. Each candidate must be proposed by one other voting member of the British Chamber of Commerce in China.
Candidates should apply by emailing peter.williams@cbbc.org.cn and andrew.christie@britishchamber.cn by 23:59 on Sunday 15 January including their contact details, company details and the name, contact details and company details of their proposer who should also be cc’d on the email.
Applications should include a photo and brief statement (max. 100 words) which will be emailed to the membership when the candidates are announced.
Share this...