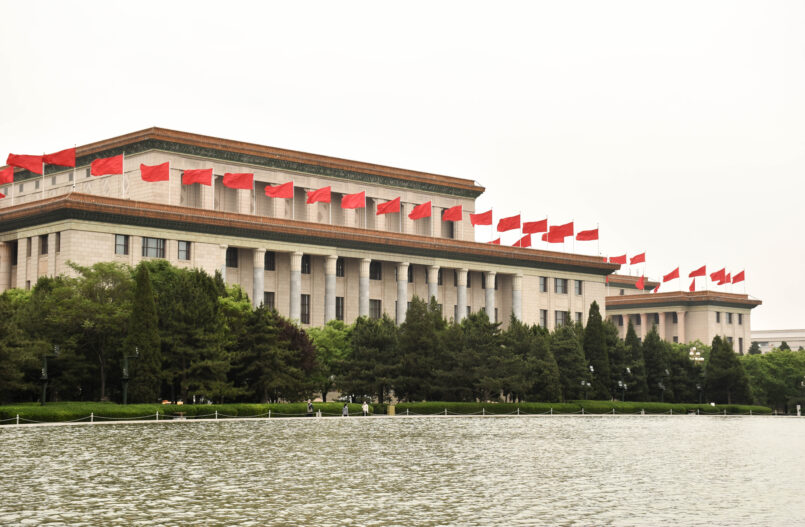 China’s annual parliamentary meetings, known as the Two Sessions or Lianghui, are set to convene on 21st and 22nd May. The meetings of the National People’s Congress (NPC) and the Chinese People’s Political Consultative Conference (CPPCC) set out the government’s economic and social agenda for the coming year, as well as its yearly growth targets.

Initially scheduled for March, the outbreak of COVID-19 led the authorities to delay the Two Sessions for the first time since 1995, which is when the government began fixing regular dates for the meetings. The decision to convene the meetings is widely viewed as an important indicator that China’s leadership are confident that the virus has been contained domestically and that attention can shift from epidemic control to other areas of governance. With economic growth contracting by 6.8% in Q1 of this year, there is much anticipation as to how the government will look to stimulate the economy and whether a fixed growth target for 2020 will be announced.

Here’s what to look out for:

The Government Work Report at the beginning of the NPC is traditionally when the government publically announces its economic growth target for the year. China’s goal of doubling its GDP in 2020 from its level in 2010 so as to achieve a ‘moderately prosperous society’ would require a growth rate of 5.6% this year. Following a significant economic contraction in Q1 and signs of an incremental recovery in Q2, reaching this growth target would require heavy stimulus and investment, exacerbating structural imbalances and financial instabilities.

Alternatively, China may revise the target downward to a more manageable level, taking into account the economic impact of the virus. The government may decide to apply a looser definition of its broader development goal, accentuating other metrics besides GDP such as technological development and environmental protection. Ma Jun, advisor to the People’s Bank of China (PBOC), recently argued that the government should abandon the growth target altogether. Although this would be an unlikely prospect, doing so would free government officials from the shackles of numerical targets and allow them to focus on more immediate challenges such as employment.

To support the economic recovery, it is expected that the government will raise its fiscal deficit ratio above 3% of GDP – a level long regarded as the ceiling for China’s budget deficit. There is also speculation as to whether the authorities will announce an increase in the issuance of special purpose bonds to RMB 4 trillion for the year, up from RMB 2.2 trillion in 2019.

In dealing with the economic impact of the COVID-19 outbreak, the authorities have so far steered clear of the kind of ‘flood-like stimulus’ that characterised their response to the Global Financial Crisis, and former officials at the PBOC have warned against engaging in quantitative easing. Instead, the government has responded with targeted measures such as lowering benchmark lending rates, reducing the reserve requirement ratio (RRR) and issuing various tax and fee cuts.

Revising the annual growth target would indicate a continuation of their approach focused on supporting businesses and boosting consumer spending. This could include measures to encourage the development of energy-saving consumer products, upgrade household appliances, increase sales and production of new energy vehicles, and circulate coupons and broad tax deductions.

While immediate plans to support the economy will be the main focal point of the Two Sessions, recent announcements from the State Council indicate that the authorities will also maintain their commitment to managing broader socio-economic concerns. The government has recently reiterated the importance of the ‘six stabilities’ introduced in 2018 – employment, finance, foreign trade, foreign investment, domestic investment and market expectations – as vital to steady economic performance. Similarly, the State Council have also outlined the ‘six priorities’ – employment, people’s livelihoods, business growth and stability, food and energy security, supply chain stability and operational efficiency at the grassroots level – to highlight areas of potential risk that must be addressed.

Policies to support the government in winning the ‘three tough battles’ – containing financial risk, reducing poverty and tackling pollution – are also expected to feature in this year’s meetings. Symbolic visits across the country made by China’s senior leadership, as well as statements reiterating the wider development responsibilities of local officials, illustrate that the central government has not forgotten about its broader policy goals since the outbreak began.

Investment into ‘new infrastructure’ by private investors is also likely to be encouraged as part of a wider effort of promoting industrial upgrading and smart manufacturing. This includes investment into 5G, power infrastructure, artificial intelligence, data centres and smart transport, contrasting with previous spending after the financial crisis on heavy industries and infrastructure.

With uncertainty and speculation surrounding China’s annual GDP target, it is plausible that the government may turn away from traditional metrics of growth to focus instead on other indicators that highlight areas of progress. Besides from targeted stimulus to sustain China’s economic recovery, longer-term policy goals could therefore serve as the guiding force behind the Government Work Report as the authorities continue in their pursuit of building a ‘moderately prosperous society’ by the end of the year.

Whatever comes out from the Two Sessions, the British Chamber of Commerce in China will be ready to unpack the key outcomes. Join our online discussion on 28th May with renowned thought leaders on China’s political, economic and business landscape for a breakdown of the implications of the meetings on your business in China.