In celebration of the upcoming International Women’s Day, the BritCham Women in Leadership Forum cordially invite you to attend the first G8 Inter-Chamber Series in 2019: Career Women Forward – Dialogue with New Zealand Ambassador to China, on Thursday March 7, 6:30pm-8:30pm at the New Zealand Ambassador’s Residence.

During the talk, Ambassador Fearnley and her colleagues will share their journeys as career women. What are the lessons learnt and tips they wished they knew at the start of their careers? How to progress with knowledge and expertise, confidence and compassion? What are policies that a government, a company, and an individual can undertake to make that difference?

The discussion will be focusing on:

1) Their own career paths – lessons learnt, and advice for other women;

The Gender 8 (G8) program was jointly initiated by eight chambers of commerce in China and foreign embassies in Beijing, including the American Chamber, British Chamber, European Chamber, Australian Chamber, Finnish Business Council, Swedish Chamber, and Benelux Chamber and New Zealand Embassy Beijing. The G8 aims to showcase develop inspiring and professional women in each chamber’s respective community, and also serves as a platform to enable established leaders to share the career stories and insights on policies to promote gender diversity and career advancement.

Join us for the dialogue with New Zealand Ambassador Clare Fearnley and don’t miss the opportunity to network with women leaders from the G8 community.

Please note: Pre-registration is required and you must bring a valid photo ID in order to access to the Residence of New Zealand Embassy Beijing. 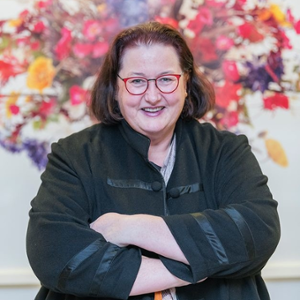 Clare Fearnley took up the role of New Zealand Ambassador to China in early May 2018, cross-accredited to Mongolia.

Clare has just completed a three year term as Ambassador in Seoul (2015-2017), cross-accredited to Pyongyang. Her previous off-shore roles include Consul-General in Shanghai (1998-2002) and head of the New Zealand Commerce and Industry Office in Taipei (2004-2007), as well as working at the New Zealand Permanent Mission to the United Nations in Geneva (1993-1996), cross-accredited to the United Nations Office in Nairobi. Early in her career she was seconded to the Canadian Foreign Ministry (1992).

While working in the Ministry of Foreign Affairs and Trade in Wellington, Clare was most recently Director-General for North Asia and before that was Director-General for Asia-Pacific Regional work. She has served as APEC and ASEAN Senior Official, as well as acting as Principal Legal Adviser and as Head of the Trade Law Unit, where she led international trade litigation, including cases in the WTO. Earlier in her career, her MFAT roles included Deputy Director-General of Trade Negotiations. Before joining the Ministry, Clare worked in the private sector in Asia.

Clare has arts and law degrees from Canterbury University (NZ). She is a Mandarin speaker and studied at Beijing University and at the Beijing Languages Institute in the 1980s.