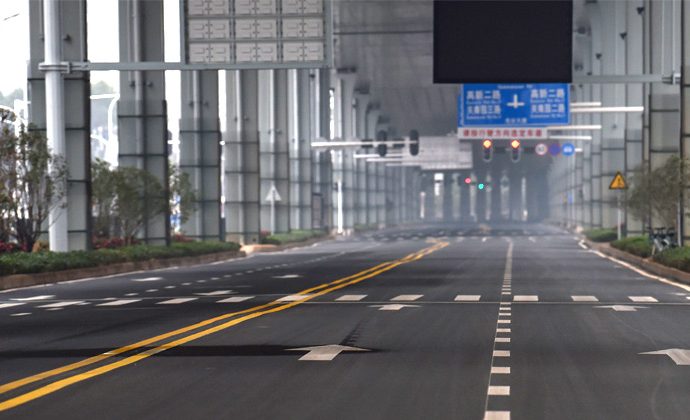 The Coronavirus outbreak has become a major crisis for the Chinese government. While most observers have – understandably – focused on trying to predict the spread and health implications of the virus, there has been less consideration of the economic repercussions within specific sectors in China and little on the social impact of virus containment measures.

Initially, the government’s response understandably focused on containing the virus, with a blanket extension of the Chinese New Year holiday until at least 10 February although later in some sectors or areas.

Despite numbers of coronavirus cases continuing to rise (albeit a drop in cases outside Hubei), the government now realizes that the economic impact from the virus is becoming serious. A Reuters report noted President Xi’s concerns:

“After reviewing reports on the outbreak from the National Development and Reform Commission (NDRC) and other economic departments, Xi told local officials during a Feb 3 meeting of the Politburo’s Standing Committee that some of the actions taken to contain the virus are harming the economy.”

However, people have only slowly been starting to return from the extended holiday and back to work, with rail traffic reportedly down by over 80% over 8-9 November compared with the two days before the end of the New Year’s holiday the year before. Many – if not that vast majority – of companies in affected areas have introduced ‘home office’ to avoid travel.

Several sectors of the economy and/or people are facing particular pressures.

Factories
Factories are reopening slowly, but many appear unlikely to restart full production until March. Despite an official central government ban, local authorities have been requiring anti-virus health inspections and approvals before factories can re-open. This process has been delayed by reports of unclear requirements and of companies being required to sign legally-binding declarations concerning new inspection requirements – something that companies are reluctant to sign without legal advice, further delaying proceedings.

Many factories lack workers who are unable (or unwilling) to return after the holiday, with local officials caught in the difficult position of wanting workers to return but also needing to enforce mandatory quarantine of returnees.

International businesses working with China are beginning to be faced with unfulfilled orders or having their own operations restricted due to travel warnings or enforced quarantine (such as in Beijing, which is requiring this for all visitors).

Entertainment
With many people quarantined at home or severely restricted in their movements, almost the entire entertainment industry is under major pressure due to fixed costs e.g. rent, salaries and no income. Unattributed reports indicate that several major food chains such as hotpot restaurant Haidilao are on the verge of bankruptcy due to the virus’ impact.

E-commerce
E-commerce has become a lifeline for the millions of Chinese people quarantined, enabling them to receive food and other goods without visiting coming into contact with others in busy places such as supermarkets, while being a deliveryman/courier has become regarded as a dangerous and somewhat brave occupation. E-commerce itself has come under strain to meet the huge demand, made doubly difficult with many couriers being stuck away from their workplace over the vacation period or, like other workers, facing quarantine when they return.

One sector that is negatively impacted is lunchtime food delivery services e.g. Eleme, with people staying in their own homes have preferred to cook for themselves.

Food and agriculture
Farmers are being badly affected with transport in rural areas severely impacted. Even where authorities have allowed travel, many villages have quarantined themselves, erecting checkpoints and not allowing outsiders i.e. non-residents into the village. This is leading to widespread reports of economic impact e.g.:

Travel and tourism
With quarantine measures imposed across China, these sectors have understandably temporarily collapsed.

Education
The start of terms for educational establishments such as schools and universities have been delayed. Some into March, others have re-started but with ‘remote’ classes taught by video conference.

Migrant workers
Of all the people in industries noted above, migrant workers are likely to be among the most negatively affected by the outbreak, as they:

Addressing migrant workers hardship has formed part of the government’s economic alleviation measures, e.g. by requiring employers to cover basic living expenses. However, Chinese migrant workers have notoriously few rights and poor representation in civil society; it is doubtful that compensation measures will be effective.

Underestimating the mental impact
International media attention has focused on quarantine measures in Wuhan, but in fact, quarantine/virus control measures have been much more widespread throughout many parts of China. In many areas, people have either been ‘self-quarantined’ – where they are afraid to leave the home – or have been effectively quarantined by the imposition of checkpoints at residential compounds (where most urban Chinese live).

In theory, these checkpoints have just been to measure the temperature and require registration of visitors, but in practice, many compounds have required entry/exit permits for all residents and requiring all visitors to self-quarantine for 14 days before being allowed to leave. Similar requirements were announced in Beijing on 10 February but in fact stricter controls had already been in place in many compounds at least a week beforehand.

These measures appear to have been tightest in local compounds where migrant workers are most likely to live, while are weaker and more voluntary in ‘international’ compounds where wealthier Chinese and foreign residents tend to live (and are therefore better noticed by international media).

The result is that many millions of Chinese people have (literally) not left their homes for nearly three weeks, leading to widespread mental frustration. There appears to be a common consensus that tight restrictions are necessary and important to control the virus, but there is also significant repressed resentment that the situation was allowed to occur.

Factory production is being impacted, but it is likely to rebound in March, as long as the virus is managed effectively.

SOEs are likely to be least affected by the outbreak, whereas there is a danger that many smaller private companies, and/or poorer individuals, especially migrant workers, may be badly affected in the short term.

Entertainment, food, agriculture and travel/tourism are being badly impacted. If the economy doesn’t get back ‘into gear’ soon significant numbers of small businesses are likely to fail. Poverty alleviation is a major – if not the most important – issue for Xi, making this a likely issue for new government attention.

E-commerce is becoming even more embedded into Chinese society.

Couriers and deliverymen are likely to rise in the public’s eye. They are already regarded sympathetically as poorly paid and hard workers who ‘have it tough’.

Although public opinion in China is supportive of the government’s tough measures to end the coronavirus outbreak, the government’s – and the Party’s – prestige has been damaged in the public eye due to the outbreak. As the government takes oversight in many areas of society, so too does it attract the blame when things go wrong.

Observers expect a rapid ‘bounce back’ in the economy once the virus has passed, as occurred after the end of the SARS outbreak in 2003. However, in 2020 the economy has been slowing, compounding the impact on the worst-hit sectors and people. It is also possible that the virus may not be controlled rapidly, which would delay any upswing.

Internationally, the coronavirus outbreak is likely to exacerbate pre-existing impressions of the Chinese government: damaging its credibility in managing public health issues and information control, while bolstering its reputation for delivering large-scale projects quickly.

International businesses are increasingly seeing a need to reduce dependency on China, prompted by the virus outbreak – either due to their own operations in China being disrupted or due to unfulfilled or delayed orders from their Chinese suppliers. Once these orders are lost, it may be difficult for Chinese suppliers to regain them.