Market Access for UK Business in China: Get Your Voice Heard 13th November 2017 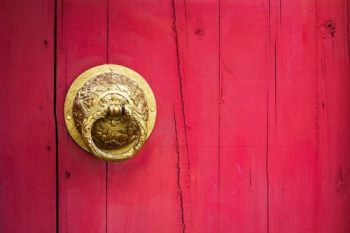 Background
Following the referendum to leave the European Union, discussions around future trade relations between the UK and China have entered a new phase. With this in mind, The Department of International Trade (DIT) has been seeking engagement to understand the business environment and market access issues faced by British business in China.

Consequently, a group of British business membership organisations have convened to launch a process whereby feedback can be produced for the benefit of the Government and other stakeholders.

The wider context
UK-China bilateral trade totalled nearly US$ 77.7 billion in 2016, with UK exports to China increasing by 290% over the last 10 years to hit US$ 18.7 billion in the same year. China is currently the 6th largest export market for the UK, with established sectors such as automotive and pharmaceuticals growing strongly over the last five years. Other leading UK sectors such as finance, professional services healthcare and education have also expanded significantly in recent years.

Stakeholders and partners
Six British business membership organisations will be involved in the process:

The Department of International Trade (DIT) while working closely with the groups is not a formal stakeholder in the process. The project is therefore not an internal DIT entity such as those set out in Cabinet Office guidelines on the Classification of Public Bodies.

Wider stakeholders could include trade associations, non-member British businesses involved in China, Chinese businesses and regulators and the Chinese government.

Process activity
To address the project aims, working groups will be set up around the following sector groups:

Each of these sector groups has set up a sub-committee including representatives of the British Chamber of Commerce in China, the CBBC sector leads and for relevant sectors, representatives from the Shanghai, South West and Guangdong chambers. The groups will also liaise and work closely with the sector leads from DIT who will not officially be a member of the working groups, but rather ex-officio participants.

The key initial objectives of the working groups are to identify:

In order to meet these objectives, the sub-committees will meet and carry out secondary research to produce a consistent “state of the sector” output that will identify the parameters of the sector in relation to British business in China. Following the secondary research, key questions will be identified which will then be applied to working group members, in a structured focus group discussion. Group discussions with the wider membership will initially be carried out in Beijing, but for certain sectors could alternate with the other cities going forward.

In terms of frequency, working groups will meet on a quarterly basis but can choose to meet in any extraordinary session.