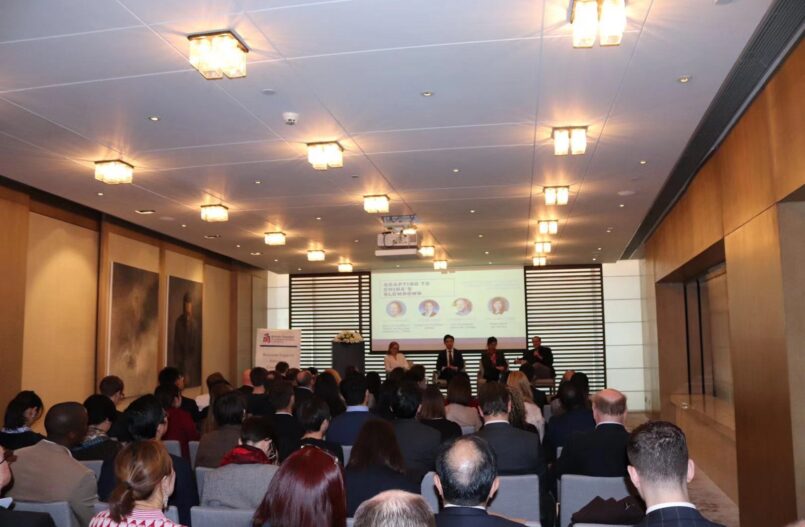 China Now, one of British Chamber of Commerce in China’s signature events, was held again this year, just hours after the lianghui concluded. Nine esteemed speakers and panellists from a wide range of industries and backgrounds shared their insightful thoughts and takeaways from this year’s meetings and what businesses should look out for with regards to recent changes to China’s economic policies.

More than 65 BritCham members and non-members attended China Now at the Rosewood Hotel last Friday, 15th March, wherein keynote speaker Mr Jim McGregor opened the discussion with an overview of the lianghui and the key political and economic objectives of the CCP for 2019 and beyond. Two panels, domestic and international, moderated by Ms Lucy Hornby (Deputy Bureau Chief in Beijing, Financial Times) and Ms Rachel Morarjee (Director of Economist Corporate Network) respectively, addressed the opportunities and challenges facing businesses from the lianghui, including wide-ranging tax cuts and the new Foreign Investment Law, as well as the future of UK-China relations in the years to come.

Both panels stressed that despite gloomy domestic economic forecasts and uncertainty arising from global trade tensions, foreign businesses will continue to benefit from China’s economic opening and the growing wave of Chinese firms going global. Companies however must be mindful to manage future risks and uncertainty as they deepen their presence in the Chinese market.