The revision of the Chinese Anti-Monopoly Law – can you feel the heat? 25th July 2022

The Chinese legislature finally passed the long-awaited revision of the country’s main antitrust statute, the Anti-Monopoly Law (AML). Just a working day after, the Chinese antitrust authority launched a public consultation process to revise six AML implementing rules. The “package” of the revised AML and the draft AML implementing regulations catapult Chinese antitrust law onto the next level – “China antitrust 2.0” if you want. The package will have a profound impact on companies doing business in China.

On 24 June 2022, the Standing Committee of China’s National People’s Congress passed the revision of the Anti-Monopoly Law (“AML”). One working day later, on 27 June 2022, the State Administration for Market Regulation (“SAMR”) launched a public consultation process for the revised versions of six AML implementing rules:

The revised AML will come into force in less than a month, on 1 August, and the AML implementing regulations can be expected to be enacted and to enter into force at the same time or shortly after.

Together, the “package” of the revised AML and the draft AML implementing regulations catapult Chinese antitrust law onto the next level – “China antitrust 2.0” if you want.  The package’s impact on companies doing business in China will be profound.

The scope of the AML revision and the amendments to the six AML implementing regulations is very broad, including all four areas of prohibited anti-competitive conduct: monopoly agreements; abuse of a dominant market position; anti-competitive mergers, acquisitions and joint ventures; and “administrative monopoly” conduct.

We see four main themes appear in the revised AML and the AML implementing regulations:

These themes are apparent throughout the text of the revised AML and the proposed AML implementing regulations.

We will discuss the first two themes in this post, and cover the remaining two themes in the next posts, as we will drill down in more detail into the various areas of the AML.

The wording of the revised AML leaves no doubt that the Chinese antitrust regime has received a significant boost. This can be seen in several places in the revised AML:

In short, the political “upgrade” which the AML has received is visible in the AML text.  Antitrust has clearly risen ranks in the pecking order of the Chinese legal and policy framework. The other side of the medal is that there is a risk that antitrust enforcement could become more politicized.

Probably the most distinctive feature of the AML revision is the tightening of the sanctions regime in general.  Almost throughout the revised AML, the going gets tougher in terms of sanctions.

Already under the current AML, the fines are very high for anti-competitive agreements and abuse of dominance – 1-10% of the perpetrator’s annual revenues (plus disgorgement of illegal gains, if proven to exist).

In contrast, the fines for failure to file reportable transactions and obstruction by a company of a SAMR investigation are relatively low under the current AML, maximum RMB 500,000 (around USD 75,000) and RMB 1 million (around USD 150,000), respectively.

Similarly, a company can be fined up to 1% of annual revenues if it is found to obstruct a SAMR investigation.

But the elephant in the room – not only for the new sanctioning regime but for the entire AML reform – is Article 63.  This provision contains a general fine uplift mechanism for particularly egregious antitrust offenses, without however giving much detail on when the mechanism applies.

Using wording reminiscent of the language used in criminal law, Article 63 states that SAMR can apply a multiplier of 2 to 5 to the fines for anti-competitive agreements, abuse of dominance, anti-competitive mergers, and obstruction of the investigation “if the circumstances are especially serious, the impact is especially adverse, or the consequences are especially serious.”  This effectively means that the maximum fine for a substantive antitrust offense can be up to 50% of annual revenues and up to 5% of annual revenues for obstruction of the investigation.

From this description one can easily see that this provision can have a big impact on companies – clearly, a fine of 50% of annual revenues could bankrupt most companies.  In addition, the wording of the provision is very vague.  Even if SAMR will not use this provision much going forward, it will always loom over the heads of companies involved in an antitrust procedure.  The net effect of the provision may be to significantly strengthen SAMR’s hand in any investigation.

The revised AML creates a number of additional new sanctions which go beyond the standard corporate fine regime:

In short, the revised AML has very significantly beefed up the sanctions regime, both by way of increasing the fine levels of existing sanctions and establishing new types of sanctions as compared to the current AML.  Going forward, an antitrust offense may become much more costly for businesses.

The AML revision and the issuance of the six draft regulations represent the biggest change in the Chinese antitrust world since the AML came into force in August 2008.  We genuinely have “China antitrust 2.0” after 14 years of enforcement of the AML.

Although the plan for the AML revision was to make a “small amendment,” the impact on businesses will be significant.

As discussed above, the revised AML has given the Chinese antitrust regime an upgrade.  Stronger and higher political support, but perhaps also an increased politicization, are the likely outcome.

The strengthening of the sanctions regime will require the full attention of companies doing business in China.  Alongside the strong arsenal of sanctions at its disposal, the revised AML and the draft AML implementing regulations give SAMR procedural tools which will further boost its investigative powers.  For example, SAMR is empowered to request meetings with a company’s legal representative or “responsible person” to discuss rectification measures.

Our next posts will analyze in more detail the substantive antitrust developments, covering the novelties in the areas of anti-competitive agreements, merger control, and all other fields.

If you would like to obtain a courtesy copy of our inhouse English/Chinese translation of the revised AML, please contact us.

Full article can be found here on Hogan Lovell’s website. 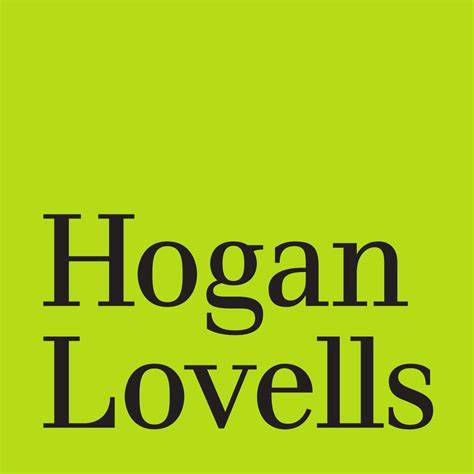 Hogan Lovells understands and works with clients to solve the toughest legal issues in major industries and commercial centres around the world. Our 2,600+ lawyers on six continents provide practical legal solutions wherever clients are working in the world. Whether they are expanding into new markets, considering capital from new sources, or dealing with increasingly complex regulation or disputes, Hogan Lovells can help. Whether change brings opportunity, risk, or disruption, be ready by working with Hogan Lovells.

As one of the first international law firms on the ground in Greater China, Hogan Lovells has one of the largest and leading legal practices in the country. Our multilingual and multinational team of approximately 130 lawyers and fee-earners in Greater China acts as a true partner to our clients, teaming with them to set them up for successful business operations within the country’s unique business environment. With an understanding of complicated, regulated industries, we help our clients identify and anticipate regulatory changes, market dynamics, and trends that can impact business operations.