Connecting to The Growth of China’s Internet 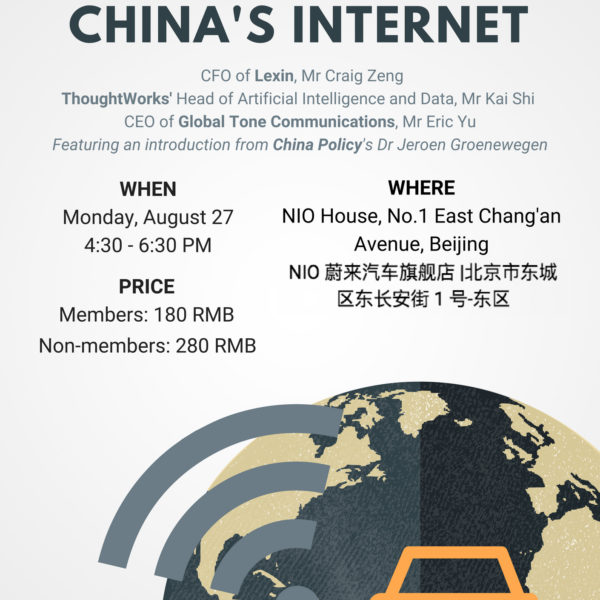 The Chinese National Government set “becoming an internet powerhouse” as a state goal in October 2015. While newly released documents such as the China Internet Report 2018 demonstrates significant potential for internet infrastructure growth and a strong demand to improve the current internet penetration rate of 55%, no top-level roadmap has emerged.

This event provides members with relevant information on China’s current and future internet situation. It will inform members about the practical experiences of using China’s internet, where leading organisations and think tanks believe China internet policy might go, and how organisations use the internet for innovation. This will be an English language event.

The event be hosted will host a range of speakers:
The CFO of Lexin (乐信) Mr Craig Zeng, who has previously served as the CFO for companies such as Microsoft (Greater China), YeePay and Venustech.

ThoughtWorks’ Head of Artificial Intelligence and Data Mr Kai Shi. Mr Shi has 15 years of service experience in the information industry and prior to working for ThoughtWorks has held positions at IBM, Accenture, and EMC.

The CEO of Global Tone Communications Mr Eric Yu, who joined China Translation Corporation in 2005, and established GTCOM in 2013, which has grown to be a global leader in big data and AI.

All payments for this event are non-refundable