China’s Two Sessions: What is it? What’s happened? What to look out for? [Policy Insights] 5th March 2019 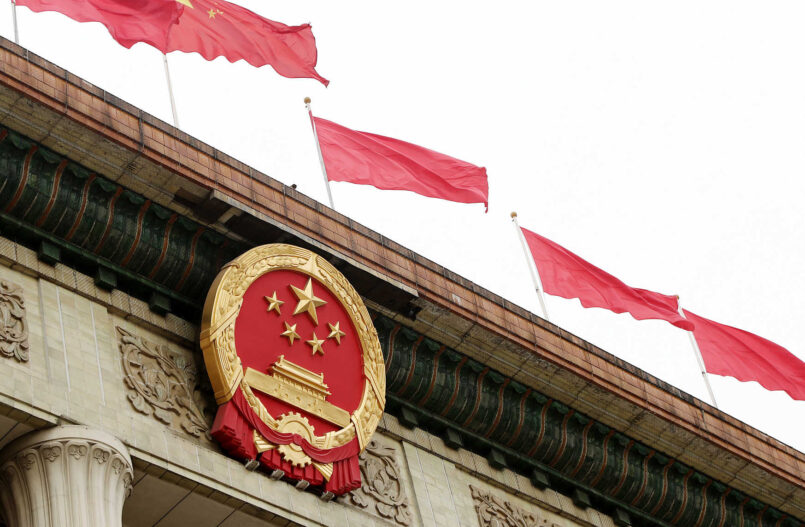 British business will be keeping a close eye on the lianghui, one of the most significant events in China’s political calendar which began on Sunday. Known in English as the Two Sessions, it allows the country’s legislature to review government work and announce major policy changes that will have a strong bearing on their China operations in the coming year.

The lianghui comprises the National People’s Congress (NPC), China’s main legislature, and Chinese People’s Political Consultative Conference (CPPCC), an advisory body that features business leaders, as well as representatives of trade unions, ethic minorities and other organisations, which run concurrently through the first two weeks of March. The legislature predominantly functions to ratify policy decisions made in advance by other state bodies, namely the NPC Standing Committee, and has never voted down a proposed law since its inaugural meeting in 1954.

Amidst an economic downturn and ongoing negotiations with the current US administration to bring an end to the US-China trade dispute, the focus of this year’s lianghui remains very much on the economy. In a Government Work Report on Tuesday morning, Premier Li Keqiang announced a flexible growth target of between 6 and 6.5 per cent for 2019 to cope with “graver and more complex” risks, largely in line with analysts’ forecasts. Slowing consumption growth, downward pressure on the economy and ineffective investment were cited by Mr Li as principle causes for the slowdown, in addition to slowing global growth and rising protectionism around the world.

In order to achieve the government’s goal of doubling the size of the economy in the decade between 2010 and 2020, China must record a growth rate of 6.2 per cent this year, according to economists at Morgan Stanley. This year however, the government has sought to underplay the growth target as it looks to emphasise the quality rather than quantity of growth, reigning in excessive debt risk, cleaning up the environment and alleviating rural poverty. Mr Li further ruled out resorting to “strong stimulus policies” in order to boost growth, instead announcing a 3 per cent VAT cut to aid the country’s struggling manufacturing sector.

Foreign businesses will be paying close attention to the draft Foreign Investment Law which is scheduled to be reviewed by the NPC. The law would strengthen intellectual property protections for foreign companies in China, and prohibit Chinese firms from forcing their foreign partner companies to transfer their technology. Despite concerns among British businesses around the law’s vague wording regarding expropriation, it would in theory create a level playing field in which British and Chinese firms would be treated more equally.

With a great deal to unpack from this year’s lianghui, the British Chamber of Commerce in China will be discussing the key takeaways at China Now on 15th March. With panel discussions comprised of renowned experts on China’s economy and business environment, sign up now for what promises to be a stimulating and informative event.