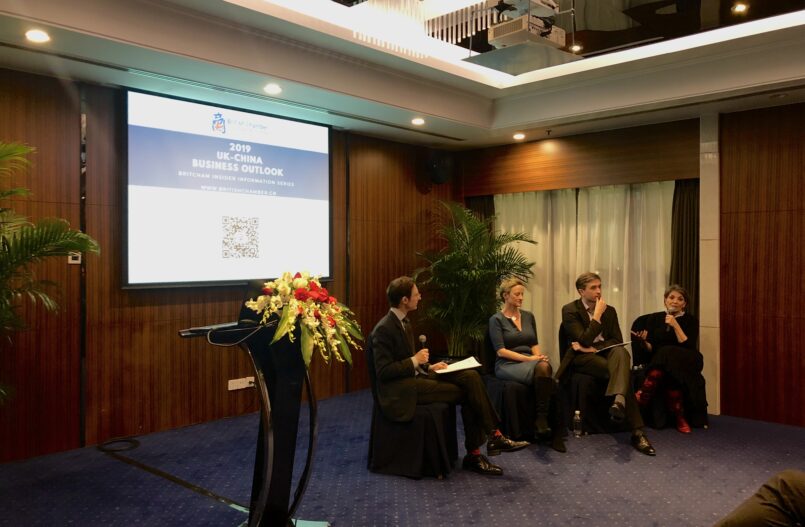 The British Chamber of Commerce in China held its UK-China Business Outlook 2019 event last night (22nd January), unpicking the future of British business in China and the current trends that will influence UK-China business relations.

Held at the Kempinski Hotel, the event served as the official member launch of BritCham’s Member Sentiment Survey, with Chairman Nicholas Holt opening with a presentation of the key findings from a survey of over of 200 British businesses in China. Mr Holt then welcomed Mark Pinner (Interel China Practice) to chair a panel discussion featuring Natalie Cade (CLSA), Philippa Jones (China Policy) and Tom Rafferty (The Economist Intelligence Unit), to deliberate the impact of China’s slowing economic growth, Brexit and the US-China trade dispute.

The panel first turned to China’s decelerating economy, reconciling recent GDP data with the survey’s findings that British businesses were overwhelmingly optimistic  about the business prospects for their sector over the next two years. Though as Mr Rafferty drew attention to the possibility that slowing economic growth has yet to showup on companies’ balance sheets, there was a general agreement among the panellists that the services industry in China has proved most resilient, thereby catering to the strengths of the UK economy. Education, a strong British export, was particularly highlighted by Ms Cade as the first area Chinese families will increase spending on if household incomes rise, and the last area they will cut if incomes fall.

On the topic of Brexit, the panel became somewhat more pessimistic. Ms Jones, an experienced trade policy specialist, contended that trade deals are notoriously difficult to agree, and the UK is unlikely to strike a favourable deal in the near future. Though British businesses in China are relatively insulated from the impact of Brexit, as the survey revealed, Mr Rafferty did note that Brexit would undoubtedly lead to Sterling falling against the US Dollar and Renminbi, a positive sign for global earnings and exporters.

Panellists were optimistic that a short-term agreement would reached between the US and China, bringing an end to the current trade dispute. This would likely only be a temporary accommodation, with larger structural issues at the core of the trade dispute such as intellectual property rights protection and cyber sovereignty continuing to come between the two economies. Although forecasts by the Economist Intelligence Unit predict that the trade dispute with the US will have a negative hit of only 0.3% on China’s GDP, consumer and business sentiment in China has particularly worsened owing to the trade tensions. Ms Cade added that this was especially true of SME exporters, who had seen decreased demand as deals are beginning to flow more towards larger exporters that can weather the economic uncertainty. 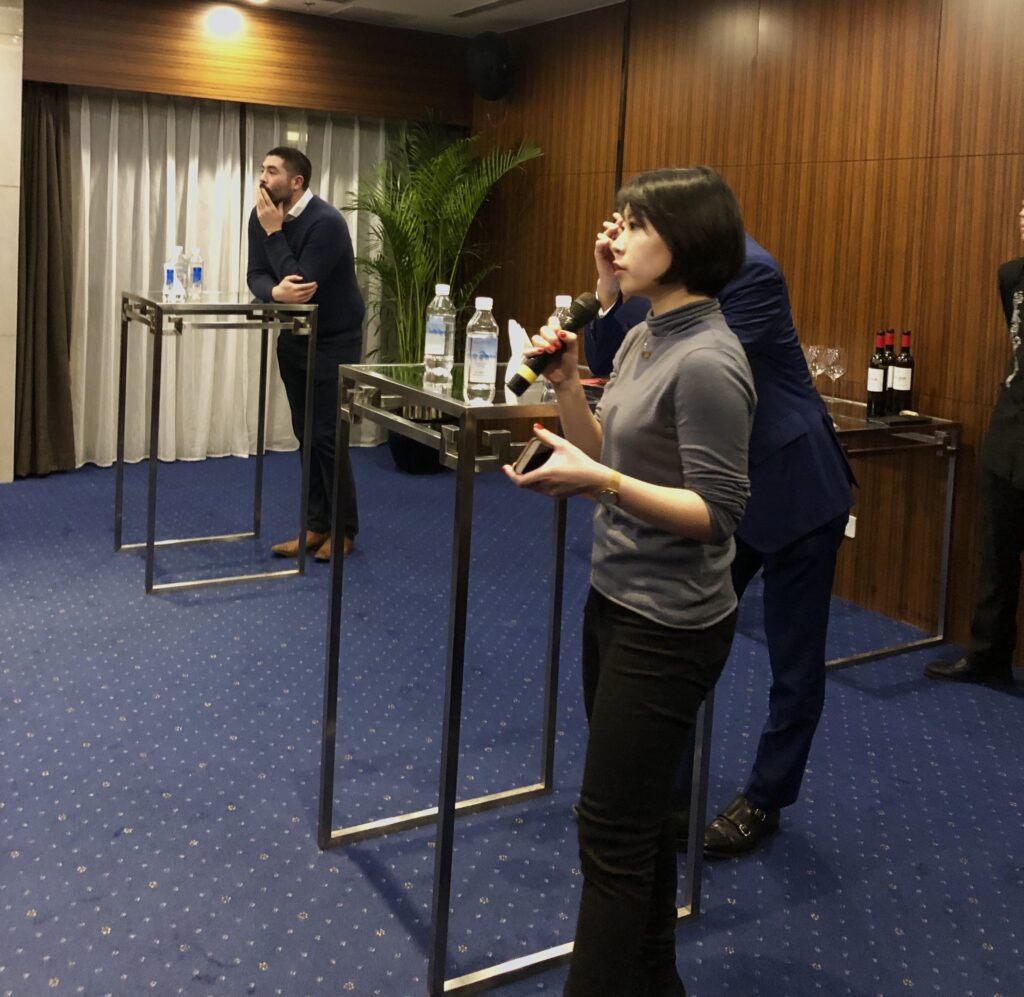 The event closed with audience questions, largely focused on potential Brexit scenarios and their impact on British businesses in China given current uncertainty.

The British Chamber of Commerce in China would like to thank all of the esteemed panellists for their insightful contributions, as well all those who attended the event. You can find more information on the 2019 outlook for British businesses in China in our Member Sentiment Survey.